When children become a sight for sore eyes.

This morning began like most others, with me wondering if I could hold my pee long enough to keep sleeping for another hour. But, after a mere 20 minutes, my bladder won.

Then it was time to feed the seven stray cats. Much to my annoyance, their inner breakfast clock knows when I’ve slept in and they begin to gather by the door, clawing at the front mat, jumping up to the bedroom window, their shadows skulking behind the curtains.

Playground by the sea is still off limits.

As I filled their dishes, glancing out the window towards the ocean, something on the beach caught my eye. A child. And then I remembered. Today was the day the children of Spain were finally allowed to go outside.

Instead of beginning my morning chores, which I can often make last well into the afternoon, I got dressed. As someone with a reporter’s instinct burrowed deep within my psyche, I knew this was an important day. When was the last time a country of 46.7 million kept all of its children inside for 43 days? 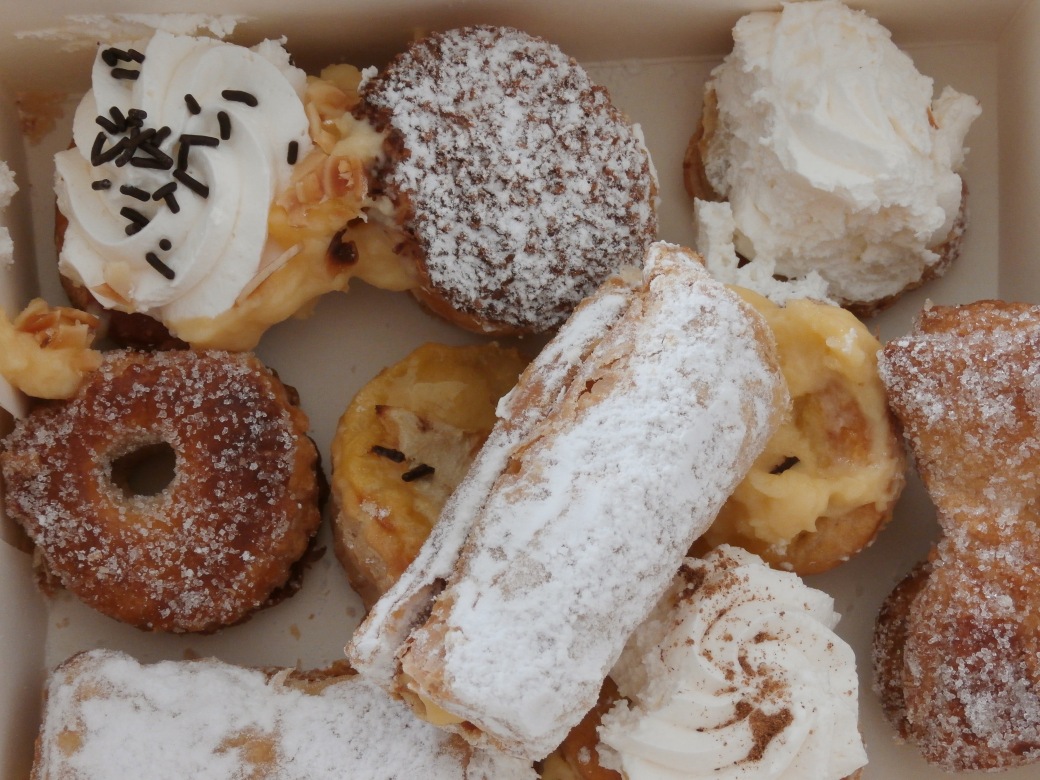 If you’re going to buy a baguette, might as well throw in some of these beauties.

I needed a baguette, I decided, and maybe some multi vitamins. I could even squeeze in an ATM stop. I wanted to see the look on just one child’s face after they emerged from quarantine. Instead I saw the look on several children’s faces, and it was all I could do to keep my composure and keep walking.

They kept appearing from the side streets, converging at the boardwalk – riding bicycles and tricycles, gliding along on pedal scooters. Some ran along the beach, stooping down to fill their hands with water. Some kicked a ball back and forth, “Papa!” they yelled. “Papa!”

Now children can join the dogs on the beach. (see Lockdown #7)

A little girl in a spring dress of mint green and light pink tottered towards her mother. The girl stopped to look at me, brown eyes as glossy as chestnuts. “Hola!” I said with my foreigner’s accent, and she smiled wide, even began to laugh. I laughed with her, feeling lighter than I have in weeks.

Even now, at 5:30, I look out my window and the children are still there – roller-skating in circles on the soccer pitch, climbing on the rocks by the shore. They are life, pure life, resuming exactly where they left off. Gulls wheel overhead, waves crash and recede. And I can’t believe these same children ever used to annoy me. 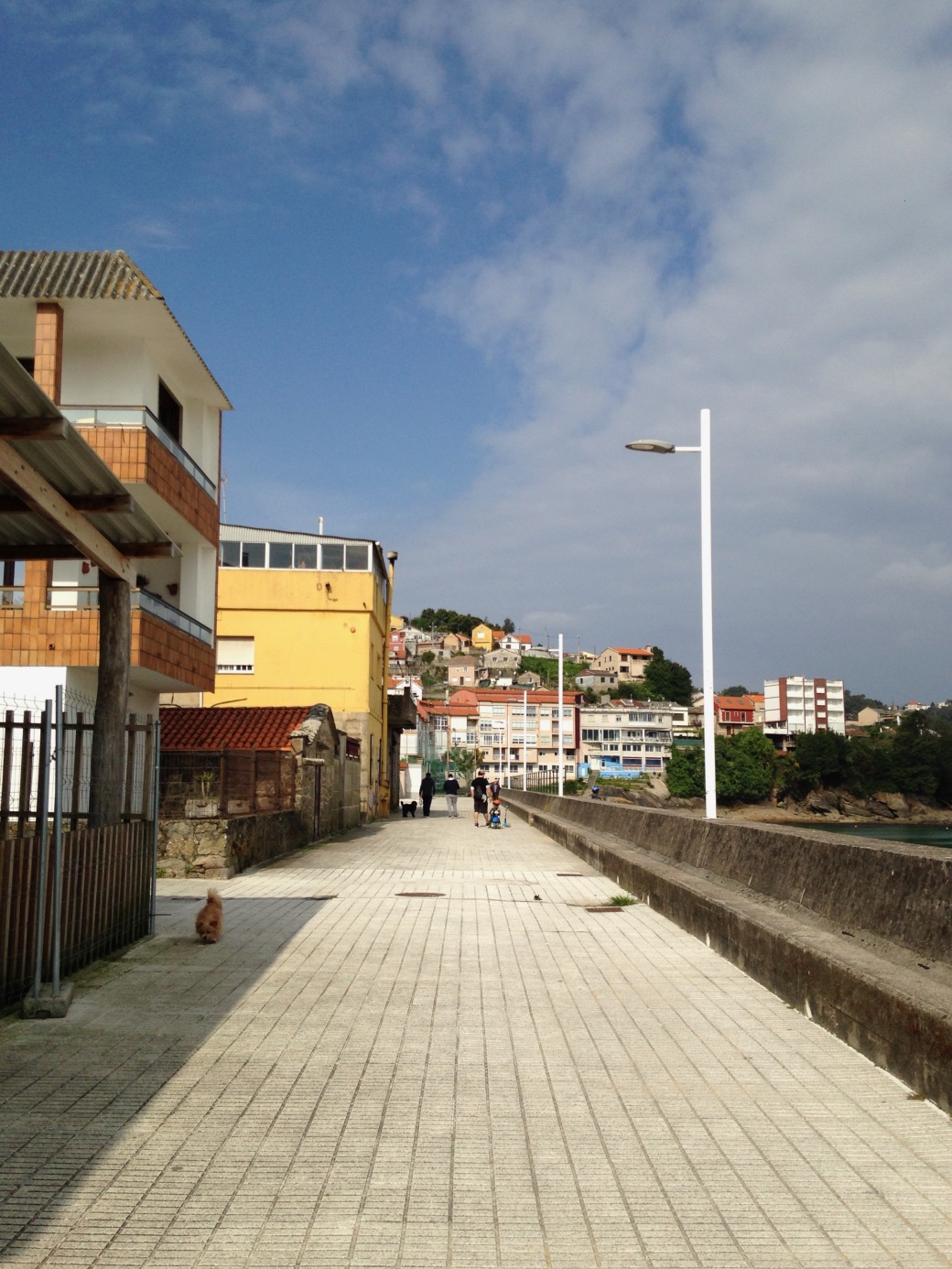 This walkway hasn’t seen much action for the past 43 days.

Now they give me hope that we adults, when our time comes, might be able to just pick up our soccer balls and give them a kick, not caring about things like goals. Just to be alive and kicking when all this is done – isn’t that enough? 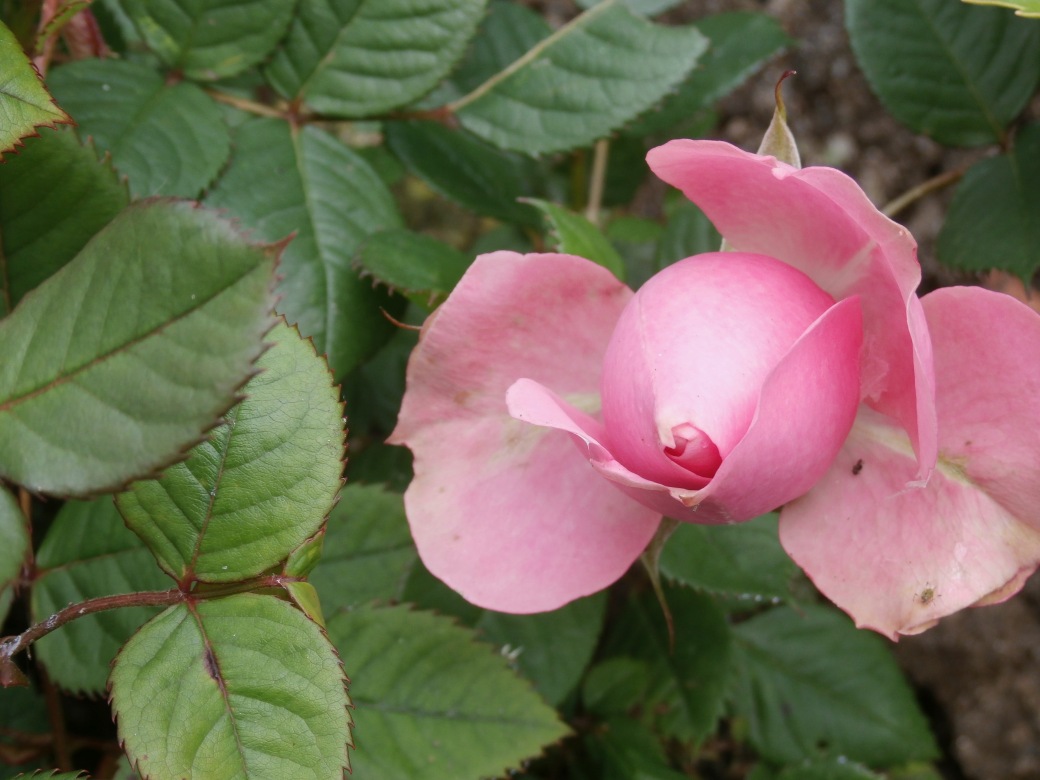 After its near-death experience, this new bloom also gives me hope.

P.S. Today was exciting for another reason. The preserved lemons are ready (see “When life gives you lemons”) and I tried them out with some pasta topped with roasted vegetables and feta. More proof that you should never judge a book (they look disgusting) by its cover. Zesty yet mellow. I’m hooked.