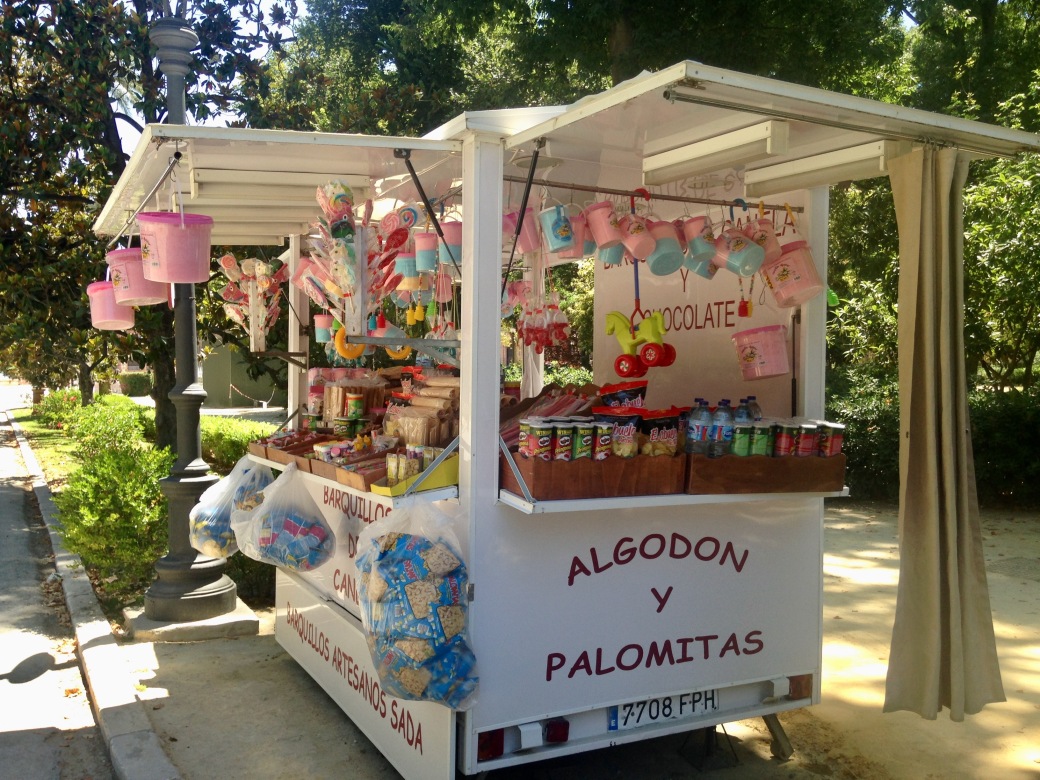 The popcorn and cotton candy are back.

The manager of William Tell Restaurant (a former Swiss restaurant downtown Montréal) knew right away I was lying when I said I spoke the three required languages – Italian, German, French – and had several years of fine-dining experience. I was 22 and thought knowing the numbers up to 100 and a few greetings could pass for speaking a language. My clothing – a colourful assortment of natural-cotton garments recently purchased in Guatemala– gave away the rest.

“But your customers will forgive you anything with that smile,” he said, and hired me on the spot.

He was right, most of the time. The Swiss Embassy wasn’t pleased when I struggled to open a bottle of nearly $200 wine from a crate flown in especially for the occasion, watching chunks of broken cork plop into the honey-coloured liquid.

A flower that reminds me of my Guatemala days, and outifts.

After that, the manager watched me like a hawk, only giving me one or two tables at a time. Nothing I ever did was right. I didn’t know a piece of meat should be placed in front of a customer between three and nine o’clock – based on some imaginary clock – or that I should never touch the bowl of a wine glass. I didn’t know wine glasses had things called bowls.

“Will I ever do everything right?” I asked the manager after my first week of training.

Miraculously, customers responded to my apologetic smiles with the largest tips I would ever receive (I went on to waitress well into my 30s). One distinguished-looking, and what I then considered elderly (he was probably 40), diplomat even offered me the key to his hotel room. 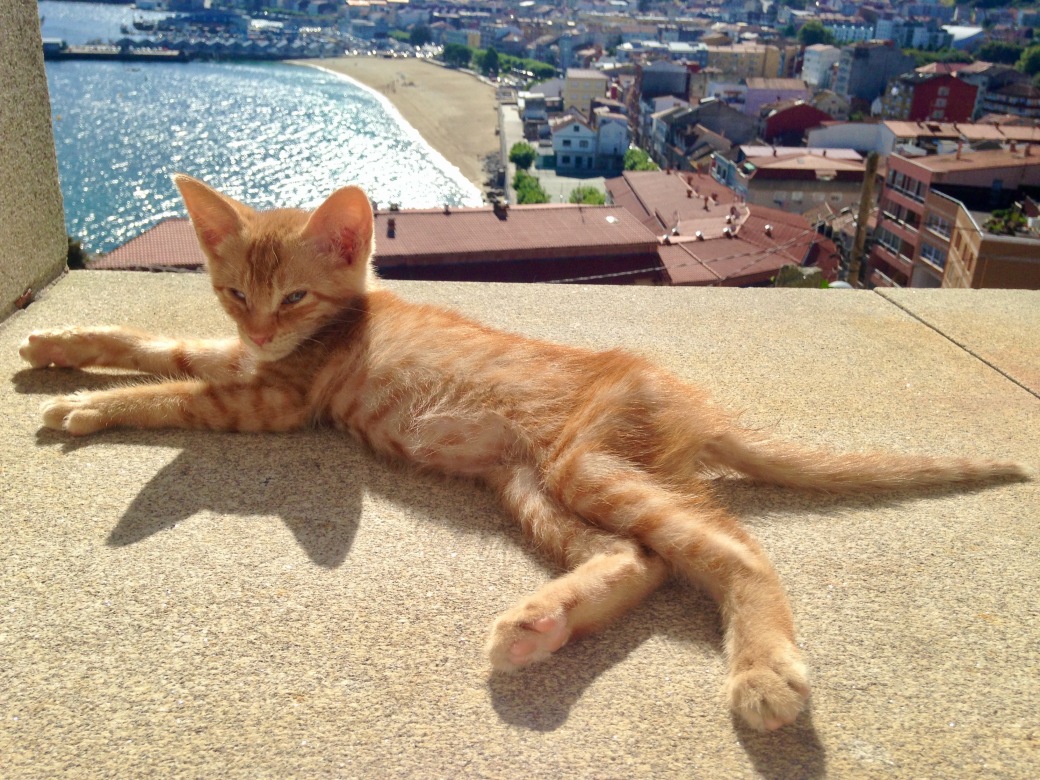 We all know we have at least one good feature. Luckily, mine hasn’t aged. Not only does my discerning Aunt Mary compliment my smile, I once won the “smile of the day” award at my favourite Italian sandwich spot in Toronto.

My smile has garnered all kinds of underserved attention (for who can take credit for the way their lips curl upwards?), often from members of the opposite sex. While traveling in countries such as Guatemala and India, I suspect my smile may have even saved my life.

But that’s all over now.

A Galician beach during lunch.

Since Tuesday, for most of Spain, the nueva normalidad (the new normal) now includes the compulsory wearing of a face mask the moment you leave your house. The few smiles once enjoyed in a Galician fishing village not known for its smiling inhabitants are now hidden behind a layer of protective material. Our primitive selves are now forced to gauge emotions with only half the package, eyes asking eyes Can I trust you? Do you want to mate?

What happens when we say good-bye to smiles? Researchers say a smile can make you look younger, even thinner. It can induce more pleasure in your brain than chocolate, and, even if it’s fake (apparently there are 19 types of smiles and only six of them are real) elevate your mood. Zen Buddhist monk Thich Nhat Hanh says, “Sometimes your joy is the source of your smile, but sometimes your smile can be the source of your joy.”

A Galician beach after lunch.

But when you’re in a country that’s not your own and you still (you’re ashamed to say) can’t speak the language, joy is an afterthought. A good smile can bridge communication gaps, win over grumpy government officials (or babies), show a stranger you’re a good person – that even if you order tostada con tomate at eleven in the morning, you’re not a threat.

A smile can say, hey look, I’m always screwing up in your country – I don’t pull down my blinds or go to the beach at the right time – but I mean well, and I like you guys. Can we be friends?

Recently on a break-out-of-lockdown trip to Seville, my BBVA bank card was blocked. The only way to remedy this situation was to go to the nearest BBVA branch in person.

“Do you speak English?” I asked the bank manager. “No,” he said. I took a deep breath and tried my best to explain the situation. My blue surgical mask muffled my soft voice and hesitant Spanish, making it even more difficult to understand my mixed-up tenses and translations of complex banking terms.

When the manager raised his eyebrows and began to rustle his papers, I knew I was losing him. Any second now he would say sorry, give me the number for the English helpline, and ask me to leave. (I knew because this is exactly what had happened the day before at a different branch).

Seville – a city  whose inhabitants make you want to rip off your mask, and more.

I asked if I could lower my mask for a second. He nodded. I apologized for my bad Spanish, and then I smiled the Italian-sandwich-shop-winning smile. The effect was instant. The manager lowered his mask, too. He transformed from stern bank guy into a caring (and, I must say, handsome) sevilliano.

Within minutes I had withdrawn 300 Euros without a functioning bank card or an inspection of any of my ID, and received my new friend’s business card. “If you have any troubles in Sevilla,” he said, “I’m here.”

When I saw this street called Verde (Green) in Seville, I smiled one of the six real smiles.